‘Postcard from a Corporate Fun Day in a Hermit Landscape by Carl Spitzweg’  (2015).

‘In an earlier venture, numerous hermits withdrew from their respective paintings in art history, in solidarity with Tom Leppard, the ‘Leopard Man of Skye’; the tattooed hermit and former Special Forces officer, who had surrendered twenty tears of self-imposed exile on the Isle of Skye in 2008, in order to book himself into a local retirement home.  They were on a protest, these ascetic tearaways, and in retreating from their retreats, their presence was felt in the onslaught of team-building paintballers that replaced them.’ 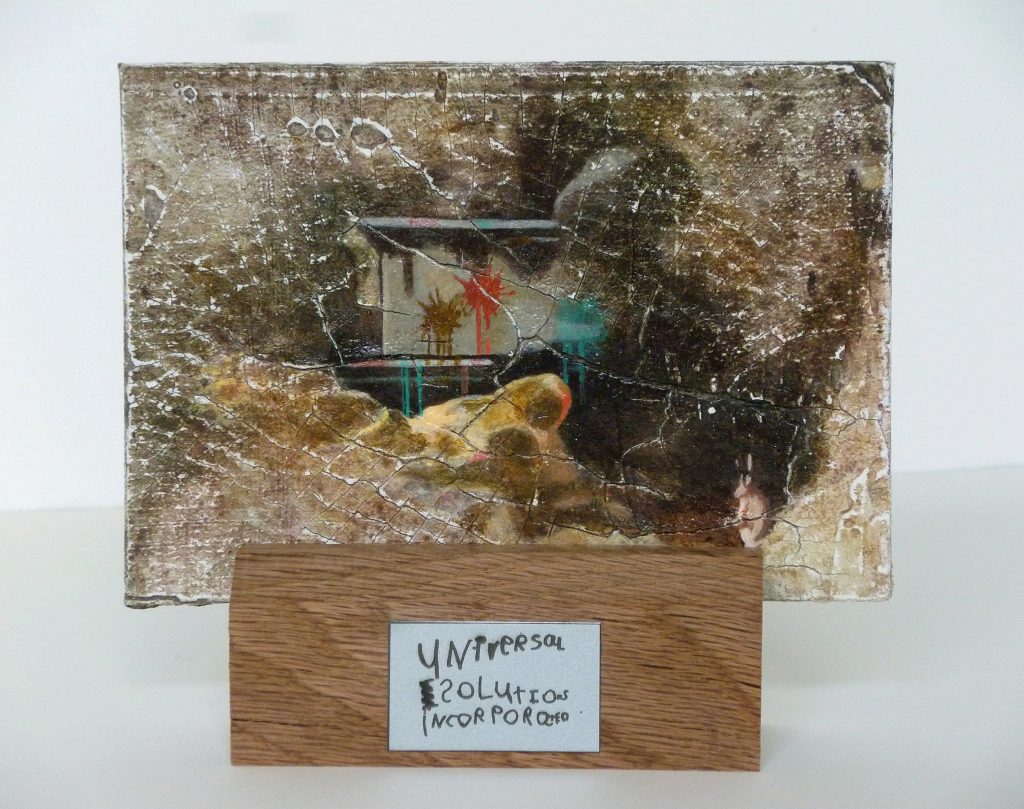